The pristine island of Tobago will play host to an amazing three-day blockbuster carnival event in 2019. Planning is already in high gear as RGP- Trinidad and Tobago’s most consistent and reputed promotional outfit prepares the ‘Tobago Loves Soca’ event- something the team assures, will deliver a sexy affair that’ll be second to none on the smaller of the twin island republic.

A cast of top rated Soca stars have already been secured for the three day fete, according to RGP, and with plans afoot to include costumed models at the scenic Canoe Bay Beach Resort venue that’s been chosen, there’s no doubt that the TLS weekend will be unforgettable. DJ’s from around the world have been selected and will also form part of TLS weekend, something the promo team believes is essential in ensuring that the amazing energy of carnival and Soca music, is spread to audiences around the world.

Similar to Jamaica’s Dream Weekend and the BRT weekend that’s held in the US, TLS Weekend will deliver a smorgasbord of fun-filled feting options from February 15-17 next year. “This event will offer the women of the world who plan on visiting T&T for Carnival, the opportunity to show off their sexy physiques as much as they want. It’ll be the perfect time to throw all inhibition out the door, matter of fact, bury it in the sand,” said an organizer attached to RGP.

The event’s rollout has been carefully strategized. In the days ahead, further details surrounding the headline acts, will be released to the public. In the interim, those interested in being a part of this exclusive Tobago affair are invited to stay peeled to their information outlets, with the assurance that everything coming their way regarding TLS weekend, will be everything they’d ever hoped for in a Carnival thriller weekend. 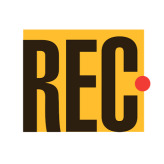 Chuck’s back in SEASON